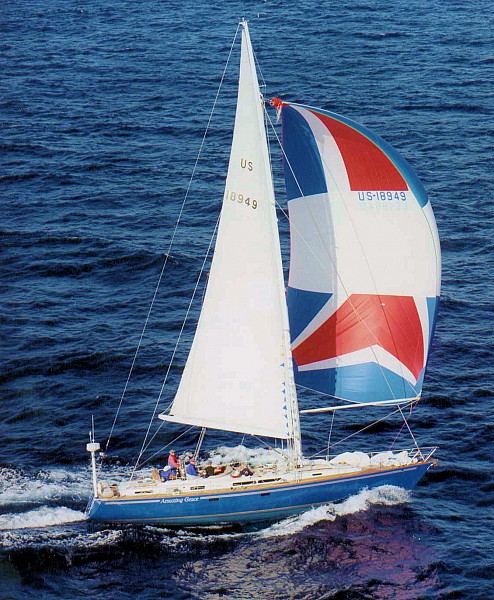 This Farr designed 55 footer has been a staple of the west coast sailing scene for many years; and is sure to be for many more with the addition of an Offshore Spars carbon mast.

Offshore Spars worked closely with Alan Andrews Yacht Design on the refit, which included a new keel. The three spreader carbon cathedral rig was a departure from the boat’s former two spreader rig with jumpers. The switch to a cathedral setup was driven by the addition of masthead spinnaker halyards. To compliment the carbon rig, we built a carbon fiber rack boom for easy storing of the flaked mainsail without the additional weight of a Park Avenue boom. She was fitted with all new Nitronic 50 standing rigging and an internally mounted mast jack system for pre-tension of the rigging.

Thank you! Your submission has been received!
Oops! Something went wrong while submitting the form.